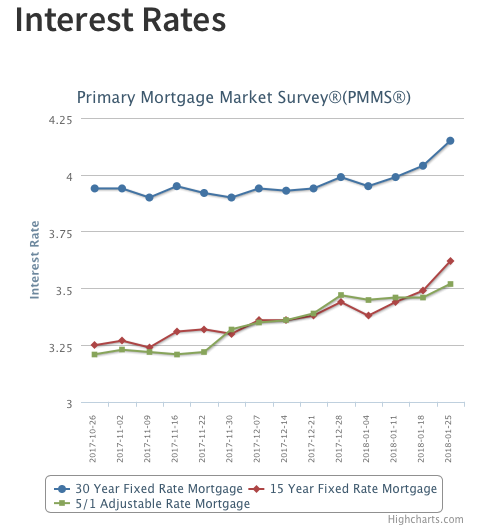 The release of the December existing home sales data confirms that 2017 was the best year for home sales in over a decade. Will 2018 home sales outpace 2017? Homebuyer affordability will be a challenge, with mortgage rates moving higher and robust house price gains across the country. The FHFA reported that house prices increased 6.5 percent from November 2016 to November 2017, with all regions showing positive 12-month changes.